A federal Department of Health and Ageing report suggested that if preventative measures were not in place, then by 2051 the total health care cost attributable to fall related injury could increase almost threefold to $1.37 billion!

The report entitled “Projected costs of fall related injury to older persons due to demographic change in Australia”, stated that an extra 2500 permanent beds would be needed for falls treatment and 3320 additional nursing home places.

In other findings, the Australian Institute of Health and Welfare last year released data on the number of Hospitalisations due to falls in older people, Australia 2008-09 report. It revealed that 78,600 people over the age of 65 were hospitalised for injuries sustained from falls. About one third of these cases resulted in injuries to the patient’s hips or thighs – with the majority being hip fractures. Head injuries were present in 1 in 5 cases and were more common for males than females.

Less commonly spoken about is the fear of falling associated with this common problem, and the increasing amount of people who are experiencing this condition.

urer at the University of South Australia, believes this fear can become so severe that patients will often become risk averse and often stop participating in daily activities they would normally engage in. He is co-author of the paper “Fear of falling. The risk is that they [elderly] become more and more sedentary over time,” Gardner said. “Then the risk is that they lose their mobility and in fact become at greater risk of falls because they lose their balance control – it’s a really slippery slope.”

His report found that the condition affects up to 60 per cent of 60 to 79 year olds and is more common, but certainly not limited to, those that have experienced a fall. When someone has had a substantial fall, the experience and associated pain often leads to the development of apprehension.

The Women’s Royal Voluntary Service, an age positive charity based in the UK, conducted a recent survey evaluating aged peoples’ experience with falls and the associated fear that ensued. Results showed that more than one in five of 500 people aged 75 and older lived in a fear of falling. “The fear of falling means that often older people do not want to leave the house,” said David McCullough, chief executive of the WRVS.
“Our research found that 225,000 over 75’s won’t leave the house by themselves because they are worried about falling. Twenty-one per cent of people surveyed who had suffered a fall in the past five years said that they had lost confidence as a result. And 10 per cent of respondents said that they are now less independent.”

The research suggests that the main factors contributing to this fear are the physical injuries that older people suffer from falls, which then has a knock-on psychological impact.
“Six per cent of those who suffered a fall were unable to get up for an hour or more,” McCullough confirmed. “Sixty-two per cent of those who had a fall suffered injury; 40 per cent of these described their injuries as moderate or extensive.
“Many older people are worried about lack of support when they suffer a fall. Seven per cent of those surveyed said they think that no one would notice if they had a fall because they don’t see anyone for days. Twenty-three per cent say poor street conditions (poor lighting, poor pavements) make them feel less confident about leaving the house.”

Kim Delbaere, research fellow and group leader at Neuroscience Research Australia and conjoint lecturer, University NSW, agrees having seen the trauma of the fear completely alter the life of an elderly woman.
“I remember a person who had a very active lifestyle and was very socially engaged – she did lots of volunteer work her whole life. She had a fall, and then started to feel really insecure about going outside because she was worried about falling. “She lived in a small home in an area where the street was not very flat and there were lots of curbs, so she didn’t go out anymore. She was feeling quite unhappy about the fact that she didn’t get out- she had to have her groceries delivered and all those kinds of things. She felt like she couldn’t tackle the problem.”

This loss of independence in response to a fear of falling, can lead to a massive drop in confidence and then significant social isolation.
To avoid this problem occurring, Gardner believes aged care and community nurses need to “stop” before assessing patients and consider the ramifications of any treatment or suggested routines.
“All care workers are under the pump in terms of getting things done, and sometimes we don’t sit back and listen to what people are saying – we don’t sit back and observe,” he said.
“In the paper [Fear of falling], there was an aged care resident that was quoted saying that they were poorly or unwell, when in fact what they were doing was avoiding any activity. It’s not only about listening to the story and the words but perhaps looking a bit deeper into what else might be going on.

“If you see someone lurching from one piece of furniture to another, it’s a really strong indicator that there is a fear that they are going to fall over. Then ask the questions around ‘are you worried you may fall?”

Within residential care facilities, it is also imperative that patients are supported to get out, to participate in social activities
Good exercise programs to encourage better balance and make patients more confident to leave their homes will allow them to have greater self-assurance about going about everyday life without having a fall.

As simple as it sounds, maintaining a healthy diet, wearing supportive footwear and getting regular eye and bone checks, will contribute to keeping patients mobile.

Delbaere says that patients with a severe fear can also significantly benefit from cognitive behavioural therapy.
“It has shown to be successful in an individual session with a clinical psychologist or it can also be as a group session where people talk about their worries,” she said.
“It is about talking about the problem in a structured and guided way, so they receive education about the problem of falling, but also putting it all into perspective and giving them problem solving skills.”

However, the growing concern for the mental health of Australia’s ageing population, combined with the high prevalence of falls begs the question: are we satisfactorily treating the emotional and mental needs of a patient that suffers a severe fall? 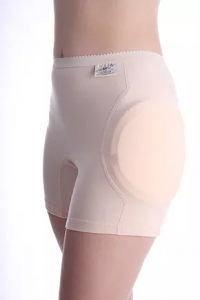 Perhaps not, Gardner suggests.
“When I used to work in paediatric medicine at the Women’s and Children’s Hospital in Adelaide, I would do a lot of work with young kids who have had a traumatic event when they fractured their femur. You could see a complete lack of confidence in a child – which is pretty devastating. I don’t see a lot of counselling around increasing little steps [for older people] at a time to regain their confidence. I think that is an area where more work can be done.”

For more information on falls, please email us at Sales@gp-medical.com.au or if you prefer give one of our trained and friendly staff a call on 08 9249 9333

I AM LOOKING FOR